With the heavy usage of smartphones, application development have become the need of the hour. In such cases, React Native can be beneficial in the long run. 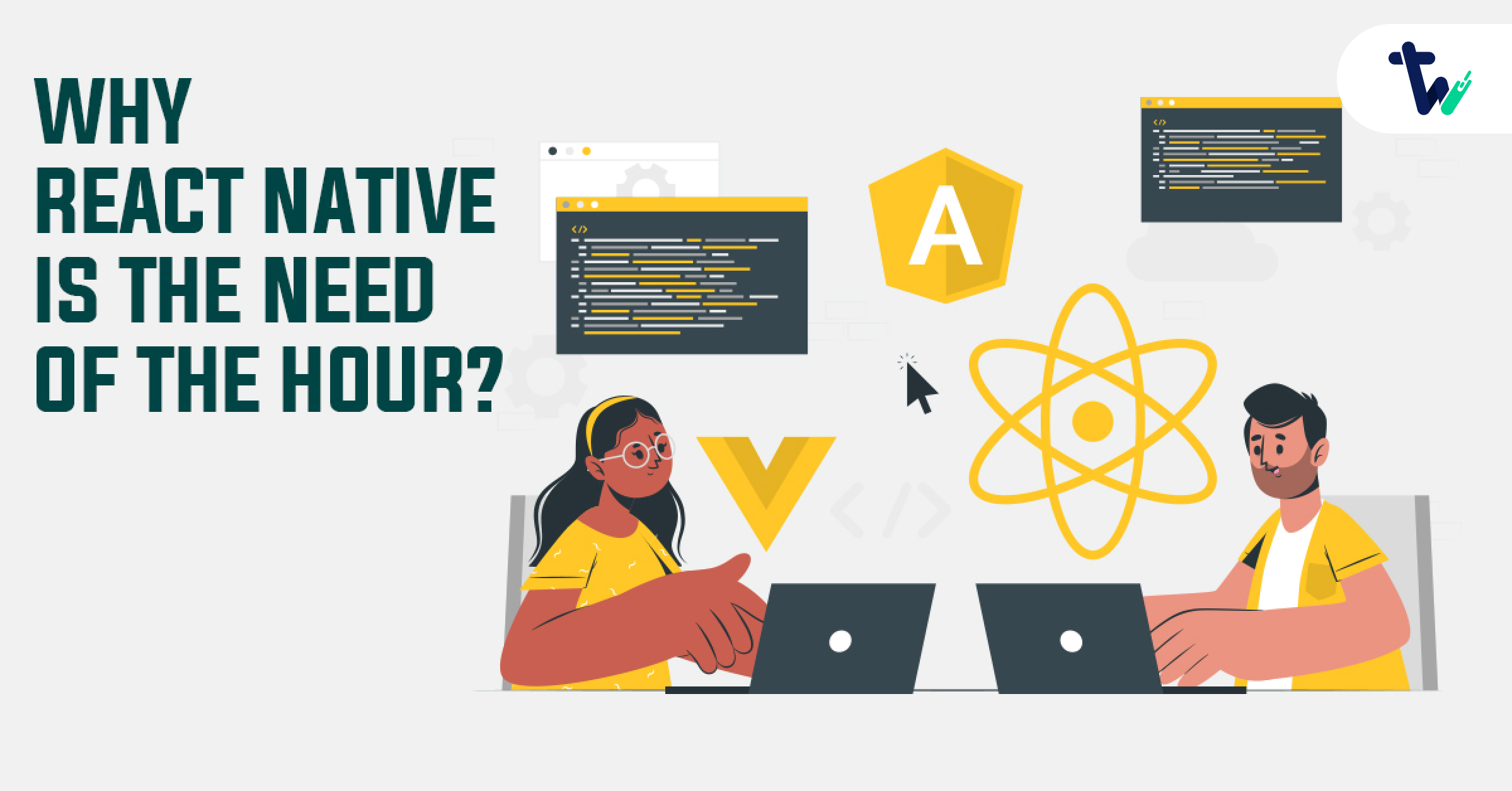 We are living in an era of rapid technological growth. Advanced technologies have made our daily lives easier. Along with this, the world cannot survive without smartphones. Thinking about a world where smartphone doesn’t exist might give us a heart attack! We all, by any means, are dependent on technology. Besides, significant businesses connect with the best app development company.

Furthermore, with mobile phones came two operating systems; iOS and Android. Thus, if you are looking for mobile app development, starting with React Native can be the best decision ever.

To learn more about the same, continue reading this write-up.

What is React Native?

React Native is a mobile-based framework that helps to create applications using the same codebase. Facebook initially received the language as an open-source project in 2015. Soon, it became widely popular and was used for mobile application development by the best app development company in India.

React Native powers some of the world’s biggest apps like Instagram, Facebook, and Skype. In simple words, this framework doesn’t target browsers but rather mobile platforms. With it, India’s best app development company can even develop iOS and Android applications together.

React Native has long significance in the present world. These pointers will tell you the benefits of this framework right away.

React Native functions on both Android and iOS. The developers can write only one app. You can save time and money on developing distinctive apps with app development services. Thus, your business can enjoy both apps with React Native at a lesser price.

React Native’s useful features are developer and learner-friendly. Developers can preview and make changes while writing code. Also, while the code is being written, it can be seen parallelly, too. Thus, this is an added advantage for developers who are willing to work quickly and efficiently.

4. Ready to Use UI Libraries

You will find a huge variety of component UI libraries in the React Native Ecosystem. Thus, this framework ensures a smooth UI experience which is necessary to retain visitors. With the existence of Shoutem, Expo, native base, and many others, you won’t have to spend time building things from scratch.

React Native allows developers on a team to start working from the same point where their team member has left off. React Native app solutions simplifies mobile upgrades and also boost team productivity, thus, saving you time and money.

It is possible to develop multiple apps through a single code. To build a mobile app, diversified code must be used. But this is not the case with React Native. You can easily build a React Native Android app that can later be turned into React Native iOS application.

Thus, we have reached the end of this blog. Hope, this write-up has served your purpose. With React Native, it is possible to build the application of your dreams. This fast technology will rapidly transform the world in the near future.

Therefore, do you want us to build the best mobile app for you using React Native? By deciding to schedule a meeting with one of the best app development companies, you can gain more depth regarding application development.